It is a very important place from the historical point of view. The centre of the city is characterised of medieval wall and beautiful main street, with its typical shops and the beautiful place Garibaldi.

But what is very particular in Orbetello, it is its position, in fact the marvellous lagoon divides the city in two parts west and east, with the splendid pink flamingos, where you can find local fishers with their typical boats. 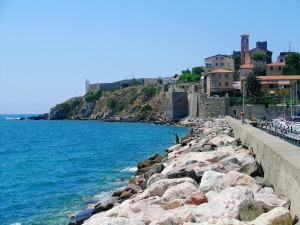 Distance from the PODERE 13, about 10 minutes.
Here there is a particular atmosphere, like in a film created by the high cliff and by the magnificent sunsets.

From the tourist port, it is possible to make excursions and during the summertime you can practice Windsurfing and Kate surfing, with the help of east winds.
Moreover there is one of the entrance to Uccelina’s Park, where you can choose between the routes T1 and T2. 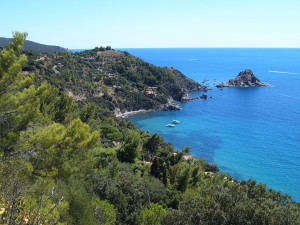 Distance from PODERE 13 about 20 minutes by car.
In the opposite parts of the Argentario promontory there are two beautiful villages Porto Ercole and Porto Santo Stefano.
Monte Argentario promontory has typical small bays, so beautiful to visit by boat, or you can admire them from the suggestive Panoramica road, which connects Porto Santo Stefano and Porto Ercole. 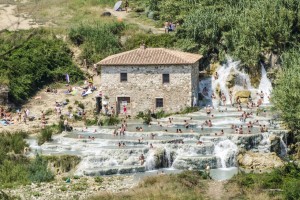 Saturnia with its famous thermal baths is begun one of the most attractive place of this area.
Here the sulphured water has a temperature of C 37°. Beautiful to visit the natural waterfall, where it’s possible to have a relaxing bath.
Distance from PODERE 13 about 35 minutes by route SP. 56 after S.S. 74. 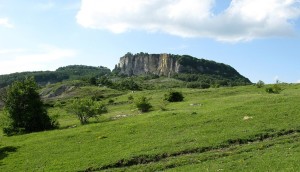 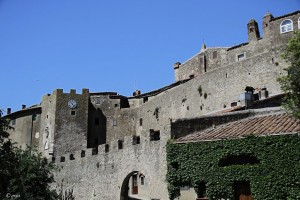 Capalbio is the last village of Maremma, the important medieval fortress and S. Nicola church dominate the landscape around.
Distance from PODERE 13, about 25 minutes, route SP.56 after S.S. 74. 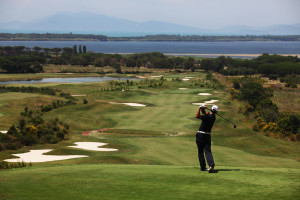 For our guests, who love playing golf, Maremmello golf club is about 5 minutes far along the SP 56 Street. It’s open all the year long, with its 40 holes par 72 sss 71, it’s plunged in the most suggestive views of the Maremman landscape.
Otherwise, The Argentario Golf Club is situated near Orbetello, far along the famous “Costa d’Argento” about 16 Km , it has 18 holes par 71 of 6153m, it’s a really relaxing place where you can spend your spare time. 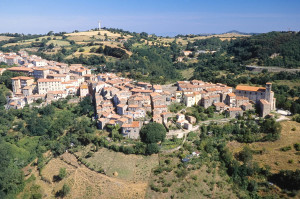 Situated on a hilly ridge, natural separation between the lands set on the two sides, Scansano suffered different fates during the weary struggles between the Aldobrandeschi and the Republic of Siena The xx century, in addition to the increase of the cultural heritage, has seen the progressive reorganisation of the agricultural activity and the consequent affirmation of new technologies, especially in olive growing, livestock-breeding and viticulture.
The latter has led to the recognition of the Morellino of Scansano d.o.c. and to the expansion of the “Cantina Cooperativa del Morellino di Scansano” whose realisation had been already supported since 1884. 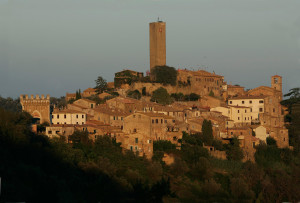 The town territory, rich of numerous installations of epoch etrusca, includes also the characteristic places of Pereta and Montiano of medieval origins and the Monastery of St. Bruzio. Very characteristic the historical center results, surrounded by a valuable surrounded building built between the late Middle Ages and the Renaissance period.